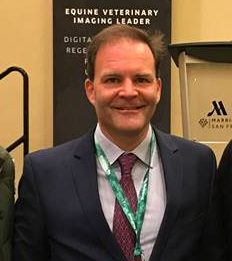 Vince Gerber studied veterinary medicine at the University of Bern, Switzerland. He earned a doctor’s degree in 1995 and obtained the title of Equine Specialist (Equine Practice Boards of the Swiss Veterinary Association) in 1998. During that time period, he finished his internship/residency at the Swiss National Stud in Avenches and at the Equine Clinic at the Vetsuisse Faculty of the University of Bern. Following this, he did research work and further training at Michigan State University (USA), first as a recipient of a scholarship by the Swiss National Science Foundation, followed by a residency. Vince earned his PhD title in the USA and passed the American Boards in Large Animal Internal Medicine in 2003. After his return to the University of Bern, he earned his habilitation in 2005 and became a Diplomate of the European College of Equine Internal Medicine. He has held several positions as President / Chair in national and international associations, e.g. as Past-President of WEVA for 2018/2019. In 2011, he was appointed Professor and Head of the Swiss Institute of Equine Medicine (ISME) and has focused his research work mainly on equine asthma and other hypersensitivities; equine sarcoid, stress in sport horses and hereditary diseases.